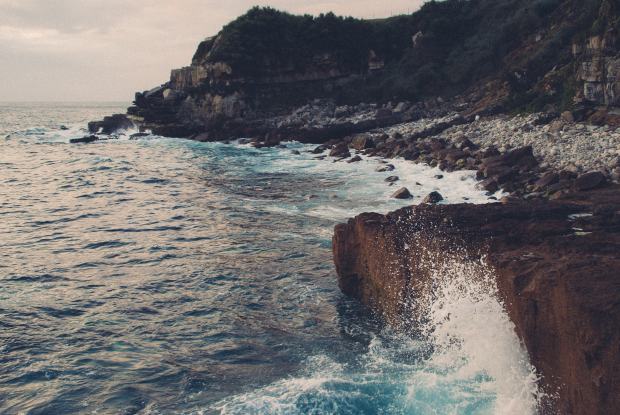 I dated some nice men in college. Arguably, the nicest. People congratulated me on these relationships. They cheered for me. They giggled with me in excitement. My Christian sorority (that’s a story for another day) even had me stand on a chair at our weekly meeting and tell all 50 girls about how so-and-so asked me out, where we went, and where we were going (straight to the altar, in case you were wondering). When these relationships inevitably ended, people cried with me. They encouraged me. They prayed for me.

Then I met my husband. He challenged me. He could be painfully honest. And he was not overtly religious. Suddenly I had made an unpopular decision. No one had me stand on a chair and tell the story of how we first met. Very few people congratulated me. And virtually no one cheered for me. I still had people tell me they would pray for me, but the meaning was very different.

That judgement showed up for me in a few ways, the worst of which was doubt. I doubted my decision to be with a man I already loved, because he was different from what I was told to expect. I doubted it so much, it almost ruined the most beautiful, messy, and complicated decision of my life. All because I was afraid of what other people would think.

During my sophomore year of college, I took a semester off to intern for a San Diego nonprofit called Invisible Children (before Invisible Children itself was an unpopular decision). Those six months taught me more about self worth, relationship, and worldview than almost anything else in my life to date. I remember one evening, in particular, near the end of my time there. All of the interns, roadies, and staff had gathered in a backyard to listen to Joel P. West play his guitar and to say goodbye.

Two things stand out to me about that night. The first is that someone brought chocolate-covered amaretto cherries and I was terrified that if I ate one I would get fall-down drunk. The second was something IC’s co-founder, Jason Russell, said to us. “Don’t ever let someone tell you that you have something to prove to them. You have already proven your worth.”

I chose to stop going to church. We chose to move to Washington DC in the middle of a recession without jobs. I chose to stop taking birth control because it makes me C.R.A.Z.Y. I chose an easier career path over chasing my dream of working at a nonprofit. We literally chose Hideaway Pizza as our wedding meal. I chose to start seeing a therapist. I chose to see Celine Dion seven times. I chose to quit my Christian sorority when I got back from my internship in San Diego. I chose to marry a man who is my partner, my encourager, and my opposite in many ways. I choose to own each of these decisions.

You have already proven your worth. Now what?

View all posts by megwithmartini